The investigation agencies probing the Sushant Singh Rajput death case have found out that the late actor and Rhea Chakraborty discussed doobs and contrabands in a WhatsApp group with house staff. 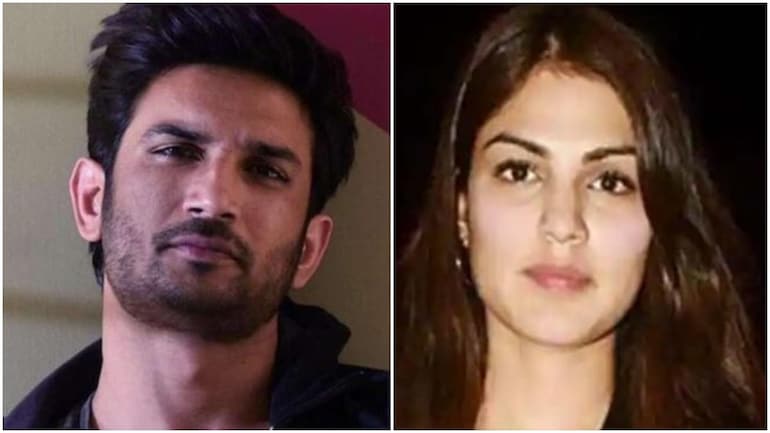 Sushant Singh Rajput and Rhea Chakraborty were in a live-in relationship.

The various investigating agencies probing Sushant Singh Rajput death case have found out that the late actor and his girlfriend Rhea Chakraborty were part of a WhatsApp group with their house staff where they talked about drugs. The group was made at Sushant’s earlier flat at Capri Heights for the communication between the various housemates and staff. Before shifting to Mont Blanc, where Sushant was found hanging at his flat on June 14, the actor was staying at Capri Heights in Bandra.

During the investigation, the central agencies found out instances in which it is clearly evident that doobs and contrabands were made and kept at the room of the staff. Whenever needed the same were delivered to Rhea and Sushant.

The ongoing investigations by the Narcotics Control Bureau, Central Bureau of Investigation and Enforcement Directorate have revealed about the said WhatsApp group. Rhea Chakraborty has also accepted the same in her statement to the NCB.

Rhea Chakraborty is currently staying at Mumbai’s Byculla jail for allegedly providing drugs to Sushant Singh Rajput. Rhea’s brother, Showik Chakraborty, has also been arrested by the NCB in drugs probe. Sushant’s house manager, Samuel Miranda, and his staff, Dipesh Sawant, are under the NCB’s arrest. On Showik’s statement various drug peddlers have also been arrested, including Zaid Vilatra and Basit Parihar. The agency made many raids in the case on the basis of information from Showik Chakraborty. He revealed names of many drug peddlers who used to supply him drugs. He had confessed to the NCB that he arranged hash and curated marijuana for Sushant Singh Rajput.

The bail pleas of all the above six arrested people were rejected by the Mumbai’s sessions court on Friday (September 11). Rhea Chakraborty’s lawyer said that they will now move Bombay High Court for the bail.