Priyanka Chopra shows how to pull off dramatic sleeves in top worth Rs 95k. See pic

Priyanka Chopra shows how to pull off dramatic sleeves in top worth Rs 95k. See pic 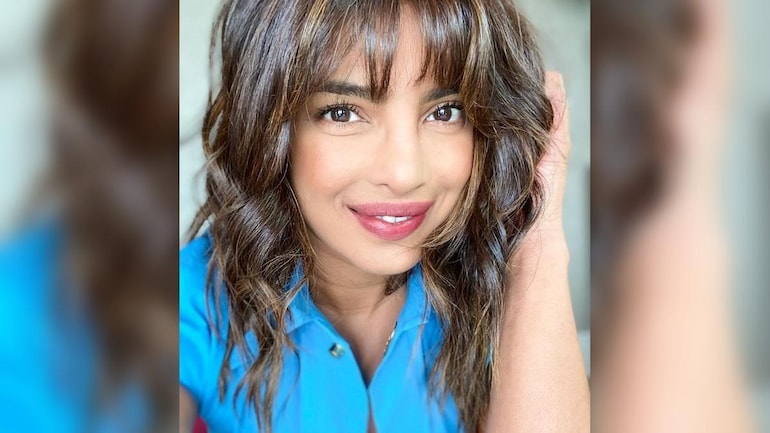 Priyanka Chopra is the quintessential style icon. From the red carpet looks to her casual at-home quarantine ensembles, the actress never fails to amaze us with her fashion statements. Recently, the star attended an online video session with Cameron Bailey, who is the artistic director and co-head of the Toronto International Film Festival (TIFF).

On the day of the session, Priyanka had shared a selfie with her fans on Instagram, revealing her new look. In the picture, the actress can be seen sporting bangs and a new haircut. She posted the image with the caption, “New hair, don’t care (sic).”

The Sky Is Pink actress also wore a blue Bottega Veneta cotton-poplin top with dramatic cap sleeves and a subtle cut-out at the back. The top also featured a pointed collar and distinct gold-tone buttons. For glam, she had opted for mauve lipstick and minimal make-up.

The dramatic yet subtle top that Priyanka wore is worth USD 1,300 which is Rs 95,326 approximately.

Apart from sharing her new quirky hairstyle, the actress has also been sharing several other snippets from her life with fans on Instagram. She shared a selfie on her gram that featured her hubby Nick Jonas also. She captioned it, “My forever guy…so grateful for you @nickjonas (sic).”

Recently, she shared a picture of herself with her dog Gino. She had gifted the German Shepherd to Nick on their first wedding anniversary.

Priyanka has been spending her days quarantined at her home in Los Angeles in the USA. She is currently isolating with her husband Nick Jonas and their dogs.