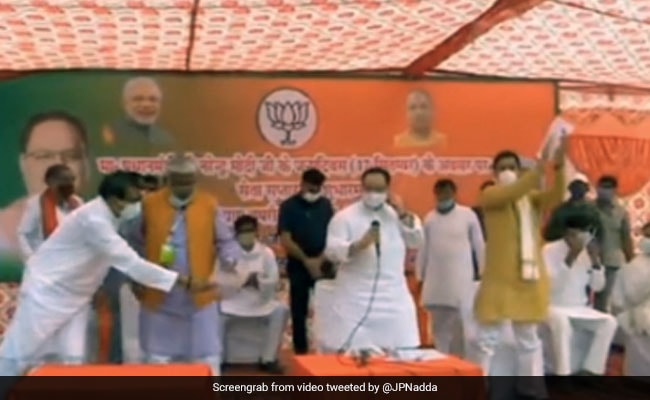 Crores of BJP workers will serve the people as part of the campaign, JP Nadda said.

BJP president JP Nadda has launched a week-long campaign to mark the 70th birthday of Prime Minister Narendra Modi that falls on September 17.

“Prime Minister Narendra Modi is turning 70 on September 17. If we look at his life and his journey, seva (service) has been the prime focus in his life. His life has been dedicated into the seva of people and the country. Hence, the BJP has decided to observe September 14-20 week as ‘Seva Saptah‘,” Mr Nadda said.

“Crores of BJP workers will serve the people as part of the campaign during the week,” he told party leaders and workers.

Mr Nadda said PM Modi had the drive to work for others since childhood and it is not something that came to him only after he became the prime minister.

Citing the prime minister’s life as an example of service to others, he said BJP workers will take up cleanliness and plantation drives, blood and plasma donation, across all districts in the country.

“Since he (PM Modi) is turning 70, we have decided to work at 70 spots in every district for cleanliness, fruit distribution. We will visit hospitals and take care of the ill. There will be blood donation drives with a special focus on plasma donation,” he said.

“We have also formed a target to provide at least 70 divyang people with whatever equipment they require for support in each district. Similarly, there would be 70 virtual rallies and plantations at 70 spots in every district,” Mr Nadda added.