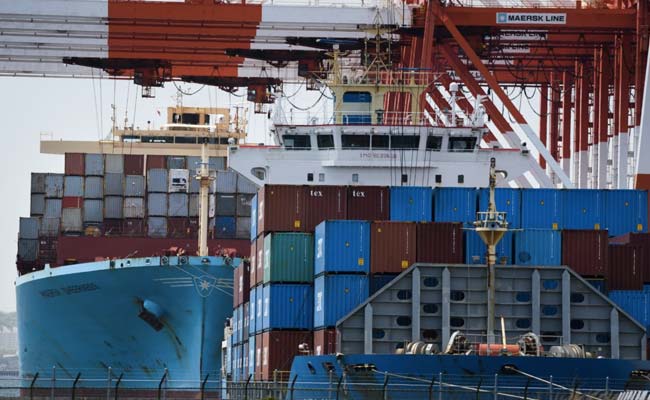 Contracting for the sixth straight month, India’s exports slipped 12.66 per cent to $22.7 billion in August, on account of decline in the shipments of petroleum, leather, engineering goods and gems and jewellery items, according to the government data released on Tuesday.

The country’s imports too declined 26 per cent to $29.47 billion in August, leaving a trade deficit of $6.77 billion, compared to a shortfall of $13.86 billion in the same month last year, as per the data.

Trade deficit during the period stood at $20.72 billion.

(This story has not been edited by NDTV staff and is auto-generated from a syndicated feed.)